5 Predictions for Trade Publishing in 2016 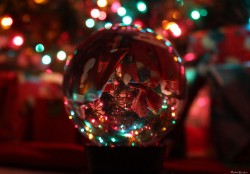 At the end of every year it’s traditional for the CEO of Ingenta to dust off the crystal ball and look at what’s going to happen in publishing over the next twelve months. In previous years we’ve predicted the rise of mobile reading, which was a hot topic at this year’s Futurebook conference in the UK, and that the acid test for ebook subscription will come when the first ‘Netflix for books’ service closes its doors, as Oyster did this autumn.

So what does 2016 have in store for the world of trade publishing? Here are our predictions for next year’s publishing top trends.

1. ebook and print will diverge into parallel markets

The biggest story in trade publishing this year was the claim that print books are winning out over ebooks. Penguin Random House, Hachette and HarperCollins all reported slowing ebook sales this year, as sales of paperbacks returned to growth.

While the media has leapt on this story to assert that readers are now returning to ‘proper’ books, the reasons behind this are more complex than they appear, and point to a divergence emerging between the electronic and print markets.

Firstly, one reason why trade publishers are reporting stronger print sales in 2015 could be because, thanks to the reintroduction of agency pricing, publishers now have much greater control over the price of their books on major online retailers like Amazon. This has enabled many publishers to pursue a strategy where they price the ebooks of major frontlist releases, at near parity to the hardback or paperback formats. Faced with the choice of buying an ebook for £9.99 or the hardback for £11.99 it seems that many readers opted for the physical format and this could explain why big publishers are seeing fewer ebook sales this year.

Even if the major trade publishers are selling fewer ebooks, however, it doesn’t follow that the overall digital book market must be shrinking. It could just mean that major publishers’ releases now account for a smaller portion of the total ebook market.

This year, Author Earnings made the very interesting claim that 45% of books sold on Amazon’s Kindle store are not published by traditional publishers. If true this would mean that nearly half of all ebooks sold on the world’s most important digital bookstore are self-published, published by micro-publishers that fall below the radar of traditional market measures or published by Amazon’s own imprints.

These books – mostly genre fiction, published via Amazon’s KDP platform and competitively priced – seem to have gradually formed a book market that works in parallel to traditional publishing. The only reason we can’t see how big or important it is for overall book sales is that Amazon won’t release any data about it.

What this tells us is that there isn’t one book market anymore: there are two, and they exist in parallel. One continues to be dominated by major publishers, and increasingly uses agency pricing as a strategy to support print book sales. The second publishing market is almost exclusively made up of ebooks, and is driven by Amazon-published and KDP content sold at a substantial discount to the product produced by traditional publishers.

In 2016 we will see these markets diverge even further as they pursue their different goals in very different ways.

Another trend we’ve covered on this blog this year has been how major publishers are reconfiguring themselves as media companies. This move involves publishers tweaking their business model so that their success depends on them successfully exploiting IP across multiple media and formats, not just books. An example of this strategy in action would be Penguin Random House Children’s in the UK, which has just appointed Richard Haines into a new role to head up the development of new TV series from its picture books.

The potential rewards of creating content that travels across the media are substantial for publishers, but so are the risks. And in order for their investment to pay off, publishers may find themselves even more reliant than ever before on a few best-sellers.

There are already indications that this is starting to happen in publishing, with a small number of authors and brands accounting for large proportions of individual publishers’ sales. By becoming more reliant on hits, publishers may well become more effective in exploiting those hits across media types. The fall-out may be, however, that some publishers choose to publish fewer books.

Next year we will probably see at least one big trade publisher cut their mid-list, and the definition of mid-list will move so that it includes some authors who were minor bestsellers just a few years ago. It’s then very possibly that these authors will then go on to join the parallel ebook-led publishing market we identified in our first prediction.

3. Audio and children’s publishing will grow fastest in 2016

While many publishers have taken heart from the small recovery in adult paperback sales in 2015, this is not the area that will deliver real growth to the industry in 2016 and beyond.

For the past 3-5 years, children’s books have provided the majority of growth for publishers. In 2015, the US children’s books market grew by 13% and by 3.2% in the UK. This will continue into 2016, as publishers’ strategic decision to refashion themselves as media businesses (as in our second prediction) leads them to concentrate on brand and print-led publishing. Big children-friendly brands like Star Wars, Harry Potter and Minecraft will be pivotal to the continued financial health of many publishers.

The other major driver of growth for publishers will be audiobooks. Audio enjoyed phenomenal growth in 2015. The latest AAP Statshot report for the first six months of this year recorded 31% year-on-year growth in $ for audiobooks. Comparable stats aren’t yet available in the UK, but anecdotal evidence from publishers suggests that audio is the only segment of trade publishers’ businesses that consistently delivers double-digit growth.

We’ll see more of this in 2016. In particular, the publisher Penguin Random House, which has invested heavily in audio in 2015, and Audible, the retailer-publisher that dominates audiobook sales, will reap the benefits of their considerable spending on the production and marketing ofaudio content.

One of the biggest and most surprising successes of children’s publishing in the UK in 2015 was a character killed off by its author nearly 15 years ago. Mog, the lovable, lazy cat created by Judith Kerr, got a second lease of life this Christmas when she starred in the supermarket Sainsbury’s Christmas advert. At the time of writing, Mog’s Christmas Calamity, a book that Kerr wrote to support the advert, had been at number one in the UK book charts for four weeks and sold nearly 75,000 copies in its first three days of sales.This isn’t just a heartwarming Christmas story, it’s a signal of just how much a partnership with a major consumer brand like Sainsbury’s willdrive book sales. And we can expect more like this.

Just as the success of colouring-in books in early 2015 prompted publishers to pile in, and publishers will aggressively pursue more Mog-like partnerships in 2016. It’s very likely that a few very high profile children’s books characters will find themselves at the centre of major advertising campaigns next Christmas.

If, as we expect, publishers will become more dependent on big authors and licenses, cross-media content and brand partnerships, the other issue they will need to address in 2016 is rights management.

Publishers have been in the rights business for centuries, but compared to other creative industries many still have a primitive approach controlling, managing and paying for the IP in their possession. More than a few publishers are still trying to manage the complex rights businesses from Excel spreadsheets. This can seriously impact the efficiency of their operations, and the speed and accuracy with which they pay rights holders such as authors or brand owners.

As we enter 2016 we can expect more publishers putting the way they manage rights into fundamental review. This will mean the return of rights audits, the retirement of spreadsheets and, hopefully, the implementation of systems that are capable of helping the publishing industry make good on its ambitions.