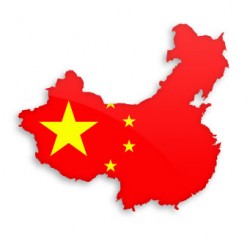 The growing power of emerging markets to shake the previously western-dominated world of publishing has at last become clear with the publication of the latest Global Publisher Rankings. This ranking of the world’s top 50 publishers by revenue, has been published by Livres Hebdo every year since 2007. The 2015 edition represents a watershed: as two non-Western publishers have broken through into the Top Ten for the first time – and they’re both from China.

Phoenix China Publishing & Media and China South Publishing & Media Group have entered the Top Ten at numbers 6 and seven respectively (see fig below). Both publishers have, according to the researchers who have compiled the chart, achieved annual growth of 15.8% and 30.7% respectively, and are in hot pursuit of the number five position. This is currently occupied by the world’s biggest (and most famous) trade publisher Penguin Random House.

We’ve blogged numerous times here about the rising fortunes of the publishing industry in China. The sector has grown rapidly in recent years, as the the country’s government (which controls the majority of the its publishers) seeks to use publishing as a means of projecting the power and influence of Chinese culture beyond the country’s borders. This policy, sometimes known as the “Go Out” policy is a cultural extension of the economic policy that has seen Chinese industry take significant stakes in projects and companies overseas.

There are a couple of significant reasons why Chinese publishers could have risen so far so quickly. The first is the fact that large Chinese publishers operate much more like media conglomerates than pure-play publishers. Phoenix, for example, publishes books, journals, educational content and newspapers. It also has a significant stake in the supply chain that prints and distributes its IP, owning and managing its own print production facilities. The second factor that explains why their rise is that this is the first year that Ruediger Wischenbart Consulting, which compiles the Global Publisher Rankings for Livres Hebdo, has obtained reliable enough financials to be able to place them with some accuracy within the tables. This in itself is a powerful signal that Chinese publishers are seeking to become better known and understood on the global stage. It’s a topic we explored ourselves earlier this year when Ingenta China CEO Helen Sun participated in a panel event at Book Expo America’s China Forum.

If China’s publishers are to crack the Top 5 in the next few years, however, it’s clear that they need to accelerate that growth beyond even the 30% mark. The world’s largest publisher, Pearson, booked €5,809m in revenue in 2014 – more than 2.5 times of what Phoenix achieved in the same period. And perhaps opening its industry up to the opportunities and scrutiny associated to doing business in the west is Chinese publishers way of pursuing that growth. On Phoenix’s website it says that the publisher’s current import and export business accounts for just $55m of its annual revenues. This is a small fraction of the amount that other major publishers can achieve through export activity, and a telling signal that China’s publishers are seeking their fortunes abroad.