Consumption Habits of Millennials in the US 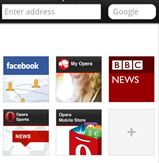 Since the rise of the digital revolution, millennials have become a pivotal demographic for media consumption trends in the US. These born-and-raised digital aficionados ages 18 to 34 are prolific consumers who may influence the habits of subsequent generations and the future of the content industry more than they even know. For millennials, viewing media on a smartphone is the way of the future. According to a survey conducted earlier this year by Immobi, millennials on average dedicate almost two hours a day to mobile media, surpassing television, radio, magazine, tablet and desktop computer use. As this generation of young readers further latches onto their mobile devices for on-the-go content, their elders tend to favor tablet computers for Internet access, among other uses. According to a study conducted by Pew Research Center, almost half of adults ages 35-44 own a tablet computer as of 2013, which is significantly more than any other age group, while smartphones are most popular with younger adults. Despite the fact that tablet computers emerged on the market after smartphones, from an evolutionary standpoint, they are merely the middleman in a three-step process that takes the Internet from desktop computer to small hand-held device. What could this tell us about the future of media consumption in the US? While there is a chance that Gen Xers and Baby Boomers might become more comfortable with smartphones as they continue to saturate the market, it is more likely that we will see a much quicker adoption of these standards by future generations. Millennials themselves are more trustworthy of technology than any other generation alive today, and that’s because such relationships are all they’ve ever known. As technology evolves, future generations are apt to perceive accessibility of mobile content as the norm. How does this in turn affect the way publishers go about business? One way publishers can remain on trend is by developing their own mobile app. HarperCollins’ recent launch of their dedicated eBook app is the perfect example of a targeted effort towards the mobile trend within the publishing industry. It’s not enough to have PDF versions of text available online – the average consumer expects much more in terms of accessibility. According to mobiThinking’s report on global mobile use, between 56 and 82 billion apps were downloaded in 2013, with $20-25 billion in revenue generated in the US alone. However, mobile apps might not be the only solution. In fact, they present some issues of their own, as fluid access to content across formats and operating systems still remains a challenge. A recent study on consumer behavior and preference found that users will not tolerate a problematic app and that they’ll abandon it after only one or two failed attempts. An unfavorable interaction with a brand could result in poor reviews and ratings – a component of media consumption millennials take very seriously. This push for mobile media might force publishers to place an even greater emphasis on user experience in the future. Some web designers are tackling this issue with a fresh perspective altogether, and have begun working on a new approach called Responsive Design, which would streamline the design process by having one dynamic site serve as the template for all platforms and systems.  Factors such as maintaining a viable social media presence, providing a platform for peer review, and other less invasive inbound marketing techniques will continue to influence the way future generations access media ­– regardless of how that content is made available. If millennials’ media consumption habits continue to predict an even more mobile future, then publishers will need to evolve with, if not ahead, of the times.