Ebook subscription services & the challenge of finding the ‘right’ customers 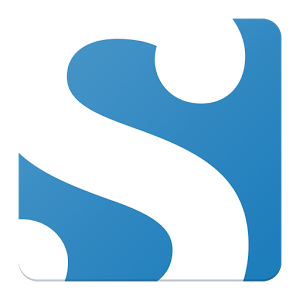 These are interesting times for Scribd. Just a couple of months ago it announced it was overhauling its catalogue of romance ebooks in order to make its business more sustainable. This week it announced that it was changing the way it makes its audiobook catalog available to subscribers. When it first launched its audiobook offering in early 2014, audio became a big differentiator for Scribd, which was looking to scale its catalog and subscriber base very quickly. The promise of more than 40,000 audiobooks available to consumers on an unlimited basis compared favorably with services like those of Amazon subsidiary Audible. Audible offers access to a much larger catalog of audio content, but on a credit system, where subscribers exchange a monthly credit for a single audiobook title. Given the relatively high retail cost of an audiobook (the average price of an audiobook download is $20) it's not unrealistic to assume that many members signed up to Scribd for the audio service alone. Indeed Scribd's flat-rate membership rate of $8.99 is considerably less than the $14.95 that Audible charges its members for a single credit a month. For more than a year this service has probably provided audio lovers with great value for money. But this will change next month when Scribd will switch over to a credit model that permits subscribers to download a single audiobook each month. It has also promised to make a catalog of selected audiobooks available for unlimited listening, keeping a kernel of the service's original proposition alive, though has not said how large this selection will be, nor how frequently this will be refreshed. Taken together, Scribd's announcements about romance and audio tell us a few interesting things about ebook subscription services 1. They've grown quickly Scribd's changes (and to a lesser extent Kindle Unlimited's new pay-per-page model) are reactions to a business achieving scale. They tell us that ebook subscription services are attracting large numbers of customers, and that those customers are very active, but... 2. A lot of that growth is probably usage - and that presents Scribd with a challenge The fact that Scribd feels it needs to change the way it stocks and charges for content like romance and audiobooks tells us that even though its user base might still be growing, those users are consuming more and more content. They were attracted by the unlimited proposition, and are using the service accordingly. As we've discussed on this blog a couple of times before, subscriptions in other business areas tend to be priced so that the service is profitable on aggregate, with infrequent users compensating for over-consumption among power users. What Scribd may have discovered after marketing itself so successfully to lovers of romantic fiction and audio books, however, is that both of these are segments of the market where power-users predominate. Fans of romantic fiction are famously heavy readers. Meanwhile Audible typically gives away very little information about its users, but has been quoted claiming that the "average Audible customer consumes 18 audiobooks a year. If the average Scribd customer fits a similar profile, this means that its service could be operating under challenging financial conditions. For example, over 12 months, a subscriber will provide $107.88 in revenue to Scribd (or $98.89 if they came in via a month free trial offer). We don't know precisely how much Scribd has agreed to pay audiobook publishers per download as their terms are private, but a standard Overdrive contract suggests that it might have agreed to pay publishers around 45-50% of list price for audio content. Assuming that the average retail price of an audiobook is $20, this means that Scribd is paying out $9-10 each time one of their members downloads and listens to a piece of audio content. If we then assume that this customer was attracted by the audiobook offer and listens to 18 audiobooks over a twelve month period, Scribd will pay out $162 to publishers on a customer that nets them (at most) $108 in revenue. That's a loss of $54 per customer, per year. even assuming that the same customer consumes no ebooks or graphic novels, and that Scribd's fixed costs as a business (marketing, salaries, hosting are zero. 3. 'Unlimited' may prove to have limits The original proposition for ebook subscription services was about offering consumers the opportunity for unlimited consumption. This has succeeded in attracting users, but Scribd's behaviour over the last couple of months strongly suggests they still have some work to do in order to attract a broader, and therefore more profitable mix of customers. Part of addressing the profitability question means a rolling back on the unlimited promise. The question is whether it can recalibrate it service so that it attracts customers with more casual reading and listening habits, as well as the heavy consumers.