eBooks too expensive for the youth market claims market report 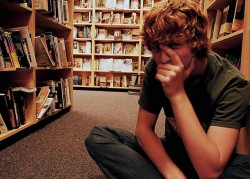 A new study conducted by market analysts VoxBurner has suggested that 16-24 year olds in the UK are lukewarm to eBooks. According to Voxburner’s survey of 1,420 young people, only 30% of respondents had bought and read an eBook in the last month, and 62% of the sample said outright that they preferred print books to their digital equivalents. At least some of the dissatisfaction with eBooks that VoxBurner’s research suggests is attributed to price sensitivity among this audience. 28% of the young people questioned for the research said the average price of eBooks should be cut by half, with 17% saying a 25% cut would be reasonable. Aside from the statistics, the anecdotal research on VoxBurner’s website paints a picture where younger readers considered eBook as poor value for money. One respondent, Sean, even says: “It costs so much less to sell an ebook than a hard copy, why not price them appropriately? It's insulting.” To a casual eye, VoxBurner’s research could make distressing reading for publishers. Its suggestion that younger readers are disengaged or actively hostile to new formats and pricing models that publishers are depending on to drive the industry forwards. One point it makes forcefully is that a lack of sentimental attachment to eBooks greatly reduces the attraction to young people of dedicated eReaders like the Kindle or Nook. There are, however, a number of curious anomalies and omissions in VoxBurner’s research that indicate it doesn’t quite have the comprehensive overview of the eBook market that the authoritativeness of its tone suggests. Here are three reasons to be sceptical. 1.       It overestimates the importance of dedicated eReaders as an access point for eBooks Sales of eReaders peaked in 2011 and have since levelled off at around 50 million device sales per year according to market insight portal Statista. As shipments of dedicated eReaders stagnate, however, sales of smartphones and tablets are predicted to skyrocket, with Gartner forecasting that tablet shipment numbers will rise to more than 263 million in 2014, as smartphone shipments top 1.9 billion. While Amazon’s Kindle is still top dog in terms of the device most used for eReading, with a recent BISG report stating that 40% of US readers saying they read eBooks via Kindle, the iPad is fast catching up at 27%. There are currently no reliable statistics available for levels of eBook consumption via smartphones, but the fact that Kindle, Kobo, Nook and other eReading ecosystems have all invested heavily in their smartphone apps suggests they see this as a crucially important market. 2.       eBook Consumption seems to be a habit acquired after the age of 24 UK Communications regulator Ofcom’s latest report of the nation’s digital media consumption habits devoted a whole section of its report to changing levels of eBook consumption. Its statistics suggest that eBook consumption peaks after the age of 24, with the age ranges most likely to download eBooks 25-34  (13% of respondents) and 35-44 (12% of respondents). These findings reflect similar research in the US which put the average age of the American book buyer at 42. 3.       Price sensitivity affects more than 18-24 year olds, and average eBook prices are falling fast Young people are far from the only group whose willingness to buy an eBook depends on its price. Ofcom devoted a whole section of its most recent report to the topic of price sensitivity, with its data stating that while 78% of consumers would buy an eBook priced at £2, willingness dipped to just 24% when the price reached £6, with the ‘mean’ price willing to pay set at £3.49. Interestingly this figure was 20p higher than the monthly price the same sample of consumers were willing to pay for an eBook subscription service. That said, VoxBurner’s anecdotal reporting of the ‘overpriced’ eBook market in the UK sits oddly with the pricing trends recently revealed by Kobo at BEA this year. The UK is, according to Kobo’s chief content officer Michael Tamblyn, “for our money, the most ferociously competitive price market in the English language” where average selling price of a Kobo ebook is $5.76 – more than a dollar cheaper than the average in its US store. All this is set in a market context that sees considerable downward pressure on eBooks. It’s a topic we’ve been following with some regularity on this blog, watching Digital Book World editor Jeremy Greenfield’s pricing predictions. It’s somewhat instructive that the week that VoxBurner’s research drops, the average price of an eBook bestseller in the US fell to $6.00.