Five Contenders for the ‘Netflix for Books’ Crown Line Up 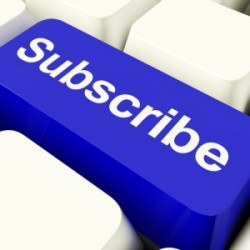 In just a few short years, subscription-based streaming services like Spotify and Netflix have gone from being tiny start-ups to companies that many believe hold the future of entertainment business in their hands. According to recent forecasts Netflix is on track to have over 45 million paying subscribers in the US alone by the end of 2013, while Spotify disclosed at the end of 2012 that its subscriber base now tops 6 million worldwide. There is now a growing sense that what has worked for film, TV and music could also work for the book business. Consequently we’ve seen quite a few subscription-based start-ups appear over the past few months, vying to become the ‘Netflix’ or ‘Spotify’ for books. Many of these are embryonic services which are at fundraising or development stages or launched in private beta. What most of them have in common is a core belief that readers will benefit from an ‘all you can eat’ model for consuming books, while publishers will be attracted to a service that delivers consistent subscription revenue. After all, it’s a payment model that has worked extremely well for journal publishers. How such services can be structured so that they offer readers sufficient content to sign up, yet still deliver satisfactory revenue to publishers is a point that will no doubt be discussed at length in the coming year. Yet as more and more Netflixes for the publishing world push themselves forward, we thought it was worth taking a closer look at some of the main contenders. 1. Sproutkin This newly launched subscription service is aimed squarely at the children’s market. Launched by a first-time entrepreneur who has nevertheless raised just under $1 million in seed capital from 500 Startups and The Techfellow Fund, it looks to Netflix’s postal DVD services for inspiration, charging $24.99 a month to loan parents a stack of print children’s books every month. Sproutkin has also announced that it will compete in the digital space and has an enhanced ebooks app/reading platform in the pipeline. 2. Amazon Kindle FreeTime This is another children-focused subscription service from Amazon itself, which launched in the US last year. An added value package for Amazon Prime subscribers the Free Time service costs from $4.99 per month (in addition to the Amazon Prime subscription) and gives the subscriber’s children infinite access to a selection of games, books and films on a Kindle Fire. While this is an entertainment rather than books-focused service it is an interesting example of how one subscription can be used to pay for content provided in multiple formats. It also begs the question as to what other subscription services will start to diversify into books. 3. Blinkboxbooks When UK supermarket chain Tesco acquired the ebook platform and store Mobcast in late 2012, there was feverish discussion as to what it would do with it. The retailer answered some of those questions on 4 March when it announced that Mobcast would be brought under the Blinkbox on-demand TV brand that Tesco also acquired in 2011, along with the music streaming service We7. While there are no details as to what Blinkboxbooks will ultimately look like, the fact it’s being positioned as part of a well-known streaming services suggests that Tesco will pursue a subscription model to some extent. It will certainly be interesting to see what the new venture’s MD, Gavin Sathianathan, who joins from Facebook, has planned, and how he will translate Tesco’s might in the physical book sales market into the online space. 4. Total Boox While most of the subscription services emerging on to the market at the moment are based on the ‘all you can eat’ model, Israeli start-up Total Boox is approaching this challenge from the opposite direction. Total Boox is a pay-as-you-go ebook service where the reader only pays for what they read. By applying the top-up payment model that has worked so well for services like Skype to ebooks, Total Boox hopes to meet pent-up demand among readers who might prefer to buy extracts rather than whole books, which might well find favour among college students. 5. Oyster Another as yet closed service, Oyster has been founded by three experienced Silicon Valley entrepreneurs, and is seeking to disrupt e-reading via a simple, beautifully designed iPhone app (which is still in development). Aimed squarely at heavy readers, a recent interview with Oyster’s founders seemed to suggest that they mainly saw their competition as being lending libraries rather than bookstores. So there we have it: five services brought to us from tiny start-ups, web giants and the UK’s biggest supermarket. Currently it’s much too early to begin to guess which of these services will gain traction and why, but it will be interesting to watch the market develop. After all, the considerable success that reading by subscription enjoyed in the 19th century gives these services an interesting historical precedent (we certainly wouldn’t have had Charles Dickens without it, for one). What will perhaps be most fascinating is seeing how these services develop alongside lending libraries, and what part aggregators like Smashwords will play in their development.