Five Predictions for Academic Publishing in 2015 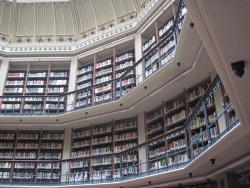 This week we’re taking the insights we gained from those events and our own view of the market to make our predictions for scholarly and academic publishing in 2015.

Much of the success of academic and scholarly publishers in the digital era thus far is due to subscription paywalls. While news publishers have struggled to transition from free to paid content access models, academic publishers succeeded by applying site licenses, an innovation first introduced by the software industry to content access. These allowed institutions such as universities to subscribe to individual journals or groups of journals and grant access to individual students and researchers, usually via their library infrastructure.

This approach has worked very well in terms of protecting publishers’ revenue streams, but they have also had the effect of inhibiting the dissemination of content from paywalled journals. Without authentication privileges it often remains difficult for users at smaller institutions or in the developing world to access the content they need to further their research.

This situation may very well change in 2015 in the form of more porous paywalls. Late last year, Nature Publishing Group announced that it was introducing changes to its paywall structure that allowed subscribers to share journal articles from Nature.com with non-subscribers though ReadCube technology. Non-subscribers would not be able to download or share this content themselves, but they would be able to read it, therefore increasing the theoretical reach (and even impact) of Nature articles.

The first week of 2015 has also seen Elsevier join this trend in the form of its new virtual journal Atlas Research. This is a project that seeks to make the research Elsevier publishes relevant to a wider lay audience by selecting  research from its journals that “can (or already has) significantly impact(ed) people’s lives around the world”. This is then published on the Atlas Research website in an accessible format.

These initiatives have very different objectives – one is designed to spread research around the scientific community, while the other reaches outside of it – but they hint at an intriguing future for journals. They suggest that even if academic publishers continue to derive the bulk of their revenue from paywalls, the impact of the research they publish will be measured by how it is shared and where it is seen outside of them.

2. Start-Ups: Even more disruption, but not much change

In the technology sector it seems that every new year brings a new wave of disruptive actors who turn every market from photography to enterprise software upside down. The academic publishing sector also has its fair share of disruptive entrants, all with big ideas, but unlike in the technology sector very few of them have scaled to the point that they have fundamentally changed the market by themselves. To put it another way, academic publishing has produced plenty of Friendsters but has yet to produce a Facebook.

Instead, what we have seen to date is that interesting companies with intriguing solutions, models and technology are destined not to displace academic publishers but find themselves being bought by them. The most recent example of this trend is Elsevier’s acquisition of Newsflo in January 2015. At least some of this is down to the fact that academic publishers such as Elsevier or Macmillan have been unusually far-sighted in growing their own innovation through canny investment and starting their own accelerators to nurture nascent start-ups.

Given therefore that the success of academic publishing start-ups is inextricably linked with those publishers themselves, it’s incredibly unlikely that 2015 will see a big change in the relationships between the two. There will be more disruption – but comparatively little change.

Last year we published the results of our sister company PCG’s Open Access Library Survey. Perhaps its most surprising insight was that now that open access journals are finding their way in to library collections, libraries themselves are paying for the publication of research. PCG found that nearly a quarter (23%) of libraries were funding the Article Processing Charges (APCs) that are required before research by faculty members or researchers from their institutions could be published in open access journals.

While nearly a quarter (24%) of libraries were funding this activity through new sources of funding, 70% said they were paying APCs from their existing budgets. If this continues, which is logical, given the continued growth of the open access sector, we will see more libraries diverting funding they would historically have devoted to collection building towards activity that supports the research ranking of their institution. This will raise some intriguing and lasting questions about the role and importance of the institutional library, as well as individual libraries’ relationships with journal publishers.

4. From the BRICs to the SAMPCs

In recent years developing markets have contributed an increasing amount to the growth of academic publishers’ businesses. Institutions in the so-called BRIC markets (Brazil, Russia, India and China) have begun investing in journal subscriptions as their universities and businesses have started to compete directly with their equivalents in the developed world.

As a consequence we’ve tracked growing traffic from BRIC countries on our ingentaconnect portal for academic content. As Toby Plewak blogged on this site last year, 9.2% of all unique visits to scholarly content hosted on ingentaconnect in the 12 months to September 2014 came from China, with India accounting for 4.5% and Brazil 1.9%. Only Russia, whose general economic performance has fallen behind that of other BRIC nations, has yet to account for a significant proportion of ingentaconnect traffic, though it remains in the top 10% of all developing markets accessing the site.

Now that the BRICs are relatively mature markets for scholarly content (though with plenty of upside still left), we will start to see academic publishers look beyond these territories for new opportunities. As to where these new opportunities will be, we’ve observed some interesting trends in institutional registration growth by country on ingentaconnect that could give publishers a few hints.

Over the past five years, we saw registrations in Pakistan grow by a remarkable 40%. Registrations in Mexico rose by 28%, while Chile and South Africa both grew by 27%. As yet all are relatively small markets, but large rates of growth from small bases suggest there is pent-up demand of which publishers can take advantage. If this trend continues into 2015, we may very well be talking about the SAMPCs (South Africa, Mexico, Pakistan, and Chile) alongside the BRICs this time next year.

5. Beyond the site license

Thanks to their adoption of the site license and willingness to look beyond familiar markets for sales, academic publishers have enjoyed decades of sustained growth. As we have seen in these other predictions though, it’s possible that publishers will soon reach the natural limits of the site license. They may compensate for static or falling library budgets in the developing world by selling site licenses to the BRICs and then to the SAMPCs. But as these markets mature and become low growth too, publishers may need to start creating new business models that complement the site license and set the stage for future growth.

We may have already seen the first glimmers of these new business models in initiatives such as Nature Publishing’s decision to enable sharing of content by social media. This could presage a new era for the individual journal subscription or even pay-as-you-go access. Or another new revenue stream in waiting may come from Palgrave Macmillan’s experimentation with extending the open access model to monographs, Palgrave Open. What matters is evidence that established publishers or new market entrants are showing the willingness to experiment and a source of income that isn’t dependent on institutional subscriptions.