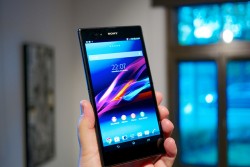 Since it launched in 2007, the Amazon Kindle e-reader has sold in the region of 20 million devices. Meanwhile technology analyst Gartner has predicted that next year alone consumers will buy 2.4 billion smartphones. Comparing those two numbers against one another, what looks like the larger opportunity? Last year we commissioned some consumer research taking a closer look at how many people were using their phones to read books. We discovered that this was growing quickly. While few people were using their phone as their primary reading device, they were certainly using their phones to read for short bursts of time. The small screens of early smartphones might have made reading for extended periods of time an eye-straining experience, but this is changing fast. In Asia large-screened ‘phablets’ have been popular devices, particularly among young urban women, for some time. This trend has spread to Europe and the US too, with the phablet form factor getting the official seal of approval when Apple launched its 5.5” screened iPhone 6 Plus this autumn. The large screens and battery sizes of these devices make extended reading sessions on a phone a more pleasurable and practical experience. It will be interesting to see whether larger screen sizes correlate with increased reading rate. As phones around the world get bigger, both physically and as a category, we will certainly see more people use them for reading books in the coming year.