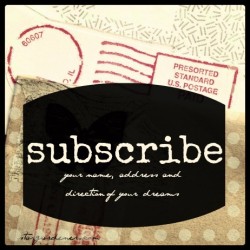 A lot can change in twelve months. This time last year when discussing the long-term prospects of ebook subscription services and it seemed legitimate to question them on the basis of actual users and publisher support. But, the buzz about subscription services was enough that Amazon launched its own subscription service, Kindle Unlimited. It joined a range of ‘Netflix for books’ services that includes Oyster, Scribd, 24Symbols, Mofibo and many more. What all of these subscription platforms have in common is a certain degree of evasion when it comes to revealing how many paying subscribers they actually have. The way Amazon pays self-published authors who enroll their books in Kindle Unlimited suggests the platform drives millions of downloads a month, but competing services remain tight-lipped. What is clear, however, is that the race to get readers hooked on all-you-can-eat content is intensifying. So much of our lives are managed on a subscription basis—news, gym memberships, even groceries. Subscription models remove cognitive friction and allow for book discovery and readers taking a chance without having to reach into their pockets to purchase a book, which is what all of the subscription models are trying to capitalise on, jockeying for new and better ways of doing that. The effort to stand out is leading to services differentiating themselves in interesting ways. Amazon has focused its efforts on ensuring a certain amount of star content is available on Kindle Unlimited, but leans on Kindle Direct Publishing to deliver the majority of content. What Amazon has that the other two don’t have is the sheer number of customers they can tap into to promote its service. Oyster has made a play to capture bibliophiles by launching its own literary journals. Scribd has launched an audiobook streaming service and signed intriguing deals with non-fiction book publishers that could mean it has as much utility as a reference platform for some readers as an entertainment provider. From the content standpoint, publishers have been slow to partner with subscription services. In a BISG study entitled “Digital Books and the New Subscription Economy,” which was launched last June, it was revealed that publishers are concerned about the cannibalisation of other high-value markets and customer acceptance of these models. But, publishers are beginning to see more of the opportunities that these services provide. On December 18th, Macmillan CEO John Sargent acknowledged these concerns and stated that nevertheless Macmillan plans “to try subscription with backlist books, and mostly with titles that are not well represented at bricks and mortar retail stores. Our job has always been to provide you with the broadest possible distribution, and given the current financial and strategic incentives being offered, we believe the time is right to try this test.” The real future of ebook subscription will be written, however, the moment that the growth funding that these services have received runs out. It’s only when the subscription models that don’t work go broke and fall away that we’ll know how many people want a Netflix for books and what makes them open their wallets.