Going Native? – The pros and cons of native apps and web apps for publishers 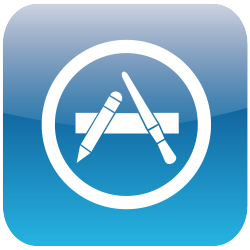 Part 1 – The overview  It’s only five years since Apple launched its first App Store, yet in those short five years the app model has fundamentally reshaped both the content publishing and software development markets. What started as a ploy to get consumers using Apple’s nascent iOS platform, the original App Store launched with 552 apps, and has since grown into a marketplace for 900,000 apps serving 575,000,000 user accounts. The app store has become one of the defining business ideas of our time. It has been relentlessly copied (albeit with varying degrees of success) by Microsoft, Google, Amazon, Nokia, Blackberry, Palm and others. It has created millionaires, destroyed the fortunes of once-dominant companies and transformed what we expect from software. Under apps’ influence, the expensive, feature-rich desktop software that once dominated the tech industry has been displaced by a raft of lighter, smaller and cheaper alternatives that are delivered by cloud services and accessed via native apps on smartphones and tablets. Apps didn’t just succeed because they were cheap though. The highly locked-down nature of Apple’s iOS ecosystem enforced strict usability and design standards on the apps that appeared in the App Store. This meant that even early apps had the distinct advantage over many desktop and web applications of being able to deliver a consistent User Experience. Whereas before software users might have had to struggle with complex installation procedures and arcane menu structures, all an app user had to do was download, open an app and get going. Apps were simple in a way that desktop software and even web apps were often difficult to master. Yet if the success of the app store model can be ascribed to the limits their owners placed upon developers, these limits also have the potential to prove their ultimate undoing. App stores have long been the target of criticism from advocates of the ‘open web’, who see the proliferation of apps as creating an infinite number of siloes into which impede the free flow and discovery of information. App stores are also inveterate toll-takers, with Apple demanding a 30% cut of any transaction that takes place within apps on its platform. The so-called ‘Apple tax’ has grave implications for content businesses in particular, where a 30% take of revenue means the difference between profit and loss. Its introduction led to Amazon pulling in-app book purchases from Kindle. Meanwhile Apple’s resistance to sharing user data of users who purchased subscriptions via iTunes persuaded The Financial Times to ditch its iPhone and iPad apps altogether in favour of a web app alternative. Web apps or in-browser apps have long been heralded as the future by open web advocates like the Firefox browser developer Mozilla. They have lobbied hard for their greater adoption on the basis that HTML5 is now ‘ready for primetime’ and can replicate all of the usability and functionality of a native app within the browser. The poster child for this movement is The Financial Times, whose HTML5 web app has been widely praised since it first launched in 2011. As the first really significant example of a content publisher using HTML5, The Financial Times’ developers have achieved some truly remarkable things with what is an emerging standard. For a full run-down of what this means we’d recommend you read this excellent piece by FT Labs’ Wilson Page, which talks about the challenge of implementing complex functions on HTML5 while ensuring a great, consistent User Experience for the newspaper’s subscribers. While The Financial Times’ experience shows that web apps have enormous potential this situation has not been widely replicated. Indeed HTML5’s reputation took a knock in September 2012 when Facebook CEO Mark Zuckerberg announced that the social network’s “biggest strategic mistake” had been working with HTML5 instead of native apps. Facebook, which has had problems of its own in terms of refining the mobile experience of a social network that was built for the desktop web, has since retrenched from wholesale use of HTML5. It was also followed down the native app route by professional social network LinkedIn. Setting these arguments aside, if there is any one factor that will drive the greater adoption of HTML5 web apps over native apps by publishers, it comes down to their relative potential profitability. Native apps currently have the advantage in terms of users and usability, but as we have seen the various tolls and taxes extracted by app stores can make selling content via an app a zero-margin business. Furthermore, as any publisher that has implemented a native app strategy will know, the cost and effort involved in creating and maintaining apps across multiple platforms can be cripplingly expensive. The promise of a single HTML5 web app that provides a consistent experience across iOS, Android, Windows Phone etc is tantalising, though frustratingly still just out of reach for many publishers. HTML5 may not be quite as ‘ready for prime-time’ as its advocates would have us believe, but there is little doubt that the standard does have great potential. For a point-by-point rebuttal of why it does deserve to be taken seriously by content publishers we’d certainly recommend this excellent blog post by Mozilla’s principal HTML5 evangelist Chris Heilmann. And for an overview of where exactly we are in the native vs. HTML5 battle, Business Insider has a great primer in its The Future of Mobile Development slide deck.