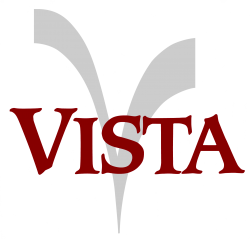 It seems quite remarkable that way back in 1977 the VISTA language was born.

The VISTA language mimicked aspects of other computer languages that were around at that time, such as COBOL, but with the inclusion of generators to perform specific functions, such as Input, Maintenance, Report, Update, Process and so on. The aim was to sell it to the Book Publishing Industry. The clever design of the layers around the Vista Kernel meant it could adapt to various (GUI) user interfaces that were to appear over the years, along with different types of server (PDP-11, Vax, Alpha, Itanium, Unix, Windows), and different file structures (RMS, D-ISAM, Oracle Database).

VISTA was immensely successful, and some publishers are still using it today for major functions within their organisations.

Of course, much has changed over the last 40 years, and we see many of the biggest changes in technology. Whilst some of the VISTA team still hard at work, supporting the base of VISTA users, many have moved on to work on the next generation of this established tool: Ingenta Commercial. That 40 years of experience working with some of the biggest global publishers has been distilled into creating a tool for publishers, media and information providers that integrates data and processes across the whole organisation. (If you’re interested in finding out more about the Ingenta Commercial suite of products, you can talk to one of our team.)

The Vista Division should be very proud of what they have achieved over the last 40 years (with over 1000 years of knowledge and experience in total from the current and past members below):

Past Members (still with Ingenta, but no longer in the Vista Division)