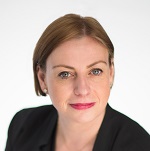 Last week, I presented Ingenta's latest Top Trends in Trade Publishing at Book Industry Communications' annual New Trends seminar. We covered a lot of the topics that we identified as key trends at the beginning of this year, which were: -

To this list we added a more recent trend, which was the growing commercial and popular power of Fan Fiction. This is a huge and vastly under-reported segment of the content industries. Some estimates suggest that a third of all the content posted on networks like Tumblr or Wattpad is fan fiction. It's a parallel universe, where fans themselves take the brands, characters and stories they love and remix them for themselves and the fan communities they belong to. It's also a sector that pays scant attention to copyright laws, apart from the kind of licensed fan fiction that Amazon has tried to kickstart with Kindle Worlds. Nevertheless, the way that fan fiction takes a piece of Intellectual Property and chops it up, plays with it and distributes it over multiple networks and media (even when it doesn't have the legal right to do so) is a very pure expression of the kind of creative approach to content exploitation that we at Ingenta have been talking to publishers about for a very long time. The possibilities opened up by digital media mean that the book is often only the beginning of the commercial life of a piece of IP. Yet it still remains the only focus of many publishers, who find it conceptually and practically difficult to unbundle the book and sell it as chapters, or a serial, or even a content marketing campaign paid for by a brand advertiser. The book is treated as the end-product of the publishing process, when it could be just the beginning. This led me to think about why innovations like Wattpad or Amazon's Kindle have been so much more successful than trade publishers in capturing new audiences and new opportunities. And it just happened that a blog post by the analyst turned VC Benedict Evans, about what he calls 'permissionless innovation' published at the end of last week explains this phenomenon perfectly. He wrote: -

"Back in 1990, the term we often used to describe a digital, connected future was 'information superhighway'. No-one calls it that anymore. "The term 'information superhighway' does a great job of capturing the assumptions that people had then about how this stuff would develop. It would be built by AT&T and British Telecom and the German state post, telegram and telephone ministry and so on, and the 'interactive services' would be assembled by big companies like the BBC and Disney and, yes, the New York Times. Of course, you'd look at it all on your TV, because no normal consumer would use a PC for this.

"That is, there was going to be a centrally designed, top-down system, and bureaucrats, functionaries and big company executives would decide what got built and what you could see. Instagram would be an interesting proposal that landed on the desk of the Deputy Assistant Vice President for Entertainment; Teenagers (category: fun, subsection: filters)."

If we apply this analysis to what the likes of Amazon and Wattpad have done in the past 10 years, we see something really interesting. Both companies have outmanoeuvred trade publishers by taking what publishers do (find stories, connect stories with readers, publish books) and then creating a whole new set of products and services that allow them to do all of these things without having to ask a publisher's permission first. Kindle Direct Publishing offered millions of authors the chance to publish their own books and access a global market of readers. Wattpad enabled teens to take the stories they've written about Harry Styles' love life and put them in a place where millions of other fans can read them. They also offered a route to market that an individual content creator could control, unmediated by the publishing industry. Not only does the concept of 'permissionless innovation' explain the success of Kindle and Wattpad, it also explains why so many publishing-focused start-ups fail. While Wattpad has focused on being the network that hosts an entirely new form of content, many publishing start-ups instead want to take publishers' content and put it on another platform. This makes them dependent on publishers who need to be convinced the start-up has the right business model, will take care of their content and will provide a financial return that's comparable to a traditional retail sale before they hand over the right to sell their IP. Instead of innovating, they end up negotiating. By focusing on the content creators that traditional publishers either ignored (self-published authors) or didn't know existed (fans) Amazon and then Wattpad have instead created new, parallel publishing industries. Along the way they have also nurtured the creation of vast quantities of new IP which can, in turn, be attractive to traditional publishers. There's no better example of how this can work than E.L. James' Fifty Shades of Grey, which started life as a piece of Twilight fan fiction before making the jump first into self-published book and second as a traditionally published sensation that has sold 150 million copies and become a film and even a range of baby clothes. The genius of Wattpad and Amazon's products and services is that when they do crossover with traditional publishing they bring a ready-made audience with them, and tend to make a fortune. Yet these two parallel industries can still do very well without the other.