Mendeley, Elsevier and the importance of content discovery to academic publishers 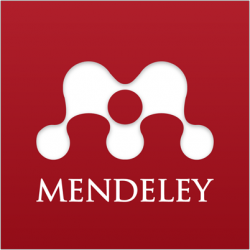 Back in January rumours started emerging that Elsevier was eyeing the London-based academic publishing start-up Mendeley as a possible acquisition target. This week the two companies signed a deal whereby Mendeley becomes part of Elsevier for a sum between $69 and $100m. Publishing acquisitions are one of the defining trends of this year, and this is another example of a large publisher making a canny bet on the future direction of the industry by buying a hotly-tipped start-up. It’s also a deal which I think will suit both parties very well. I always thought that as a standalone company Mendeley would have a fight on its hands to secure sufficient revenues through its model of making revenues pay for services like apps or content storage. What Mendeley has created, however, is a service for storing, sharing and recommending academic content that’s backed up by sophisticated analytics and is already used by more than two million people. If you were a publisher in search of a solution that tells you what content your customers are using, and how they are using it, this would make Mendeley a highly attractive company. Mendeley should give Elsevier highly detailed insight into user behaviour that should enable its marketing operations to target the right content at exactly the right people. And for publisher like Elsevier, which owns vast quantities of content, the ability to find and share an article within an researcher-focused social network significantly increases the discoverability of that content. This brings me to the final point as to why this start-up was a smart-buy for Elsevier. Any service that increases the general discoverability of academic content makes it much easier for publishers to demonstrate usage to librarians. This in turn will help to support journal subscriptions, the lifeblood of any academic publisher. In the immediate aftermath of such an acquisition there are always some that speculation cannot credibly answer. One such question is the concern other publishers may have of non-Elsevier content stored and shared via Mendeley and how Elsevier might see usage habits across non-Elsevier content, but this is something that only time will tell. What is certain, however, is that in Mendeley Elsevier has acquired an attractive array of services. It may bring very little to Elsevier in terms of revenue, but its value in helping the world’s most successful academic publisher support journal subscriptions could be incalculable.