Moore’s Law, publishing and why Michael Fraser is right about Generation Y 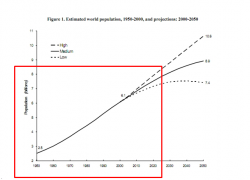 In the month when it was announced that digital music sales had finally overtaken sales of physical CDs or records in the US, while physical book sales slumped by £100m in the UK over Christmas, I’ve been spending some time thinking about how we in the media industries are responding to the needs and wants of a new generation of customers. It’s sometimes difficult for baby boomers and Gen X-ers (like myself) to make sense of a world where a whole year (that’s 8 765.81277 hours!) can be easily contained on a device the size of an iPod. But it’s a reality we have to face if book publishers or record companies are going to survive in a world where the majority of their customers view finding and buying content in a completely different way to their parents. There’s been a lot of analysis into “Baby boomers do this, Gen X do that, Gen Y&Z do the other” The single person who I think has followed these trends and presents them in the best way is Michael Wesch in the Cultural Anthropology Dept at Kansas State University.  His site is a treasure trove of information.  What he is identifying is that those under the age of about 30, are very different in the ways that they do things. I often refer to his work and have shows videos of his from YouTube at various conferences I’ve presented at around the world.  Unfortunately, not many people seem to be taking notice of his validated research.  His most famous video, which is now 5 YEARS OLD, is a Youtube classic.  The message has been out there for 5 YEARS!  Content industries take note:  5 YEARS and 4.5 million views.  However, content industries don’t seem to have gotten the message. His research backs up the argument that what we are producing now “you give me $10 and I give you a book, a CD, a movie etc etc” doesn’t really wash with Gen Y & Z.  They are the WWW generations – I want WHAT I want WHEN I want it WHERE I want it.  Selling a $10 book (or a lot higher), or a $10 CD or movie, just doesn’t wash. I was recently lucky enough to present at a conference with Professor Michael Fraser of The University of Technology, Sydney.  Michael set up CAL, the Copyright Agency Limited which has just distributed its billionth dollar to copyright owners, so he knows a little about the state of play, past, current and future! We spent some time talking afterwards.  As he puts it, “Gen Y & Z just want stuff”. That’s right.  Stuff.  They’re not bothered about how it looks, where it comes from.  They generally won’t pay the prices that older generations do, however, they do like $.079, $0.99, $1.99, $2.99 pricing points.  This fits in exactly with the message given by Peter Vesterbacka, of Rovio creator of the phenomenon Angry Birds.  At a seminar I was at earlier this year, the Rovio team stood up and said that the pricing point for an app is $0.  This will include the app and some sample content (stuff).  The important thing is to make the stuff really good, because then it’s possible to sell more stuff at the pricing points I’ve listed above. So are we listening to Gen Y & Z considering that they make up over 50% of the population of the world?  It’s probably time that we did.  Below are graphs illustrating these figures taken from a 2010 United Nations Generational Trend Report:- Now all that means nothing until we superimpose the generational boundaries:- This shows exactly the challenge that content industries now face.  We’ve been pricing to generations of people who respect the “you give me $10 and I give you content X” model and this is now being turned on its head by half the population of the globe who just want “stuff”. Professor Michael Fraser has produced a phrase which should become part of everyday content business language. There are those who read books and those who don’t.  Aggressive pricing of books will not make those who don’t read books, read them whether or not they’re in print or digital form. However, the opportunity for the publishing industry is in “stuff”.  As an industry we produce lots of stuff.  Huge amounts of stuff.  It’s been presented as wood between leather since the beginning of publishing time.  In the last 10 years, the wood between leather format has been re-produced in digital formats. The problem is the ebook opportunity is just one small slice of the digital pie.  We can’t yet quantify what the larger slice is – we know it exists.  And it exists in multimedia form. As an industry, we’ve been forced to confront change at the rate of Moore’s Law (the principle established by Intel co-founder in 1965 that the computing power of microprocessors doubles every 2 years) in the past 10 years…..which has been fast.  And that change has not just been like the introduction of DTP which took manual processes and automated them, but has been about taking the process, keeping part of it and then inventing a new one to work alongside. But while technology companies take their lead from the pace of change established by the semiconductor business, accepting that the landscape in which they operate is changing fundamentally all the time, so far publishers’ responses has been far more diffident. Instead of knitting change into the fabrics of their whole businesses, many publishers took or are taking the strategy of developing “digital departments or divisions”. And divisions are what have been created. The message being given to those working on the print side of the business who only have to open a newspaper (if they can still find one!) to see the uptake and impact of technology on everyday life, is that “we’re on the losing team”.  Our jobs are the ones that are going to be the first that go.  How do I know this?  I’ve been on the right side of the digital division in previous roles and have seen the divide occurring. So the future has to be wholesale change.  Changes in editorial and production processes.  Changes in the way that we distribute directly to our customers.  Changes in pricing and marketing.  Changes in the way that we sell.  Publishing for the love of a subject remains key.  Publishing for the passion of an author remains crucial.   The collection, re-editing and turnaround of user-generated content will produce the free part of the freemium which has puzzled many thus far.  We are working with content.  The foundations of the distribution and sales of our content must be powerful content management systems, tagging our content to DOI level so that it can be shipped to the WWW – the What, Where, Whens. Whilst you’ve been reading this, roughly 700 generation Z babies have been born and the Moore’s Law technological clock has kept on ticking.