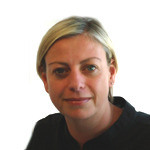 The Publishers Association Statistics Yearbook 2013 has become a yardstick of the industry's fortunes in the UK. The latest edition was published earlier this month and presents a mixed picture of an industry which accounts for £4.7 billion in revenue, more than 40% of which is driven by export sales. The PA's figures indicate that digital sales are accounting for an increasing share of the total book publishing market in the UK, contradicting statements made earlier this year and last year saying that the eBook phenomenon was approaching a plateau. £1.5 billion of publishers' revenue in 2013 was derived from digital products and services, making it account for almost 30% of the industry. Digital book sales themselves were up to £509 million for the year, more than double that of 2011 (£258 million), the year of the 'Kindle Christmas'.  Fiction eBooks represented 39% of the total eBook market, while the other market segment where digital performance was strong was academic textbooks, which accounted for 42% of sales. This means that publishers were getting £412 million in revenue from just two categories of electronic books. The next largest category was non-fiction reference, with £55 million in sales, leaving just over £41 million for all other categories - a clear indication that eBook penetration is far from universal and patchy in many quarters. Altogether Consumer eBooks (a category which aggregated fiction and non-fiction sales) accounted for just over half (52%) of publishers' digital sales. The industry's digital confidence could be said, however, to be masking a continued decline in the overall publishing market. While publishers' ability to derive higher margins from digital products has helped buoy their profits (see HarperCollins latest financial statement, also released in early May) the PA tracked a year on year decline in revenue from books - down by £100 million from £3.5 billion in 2012 to £3.4 billion in 2013. The PA's Chief Executive Richard Mollet explained this statement away with an allusion to the power of one runaway hit to skew the whole industry' performance. He said: “Last year’s performance -  largely driven by the “50 Shades” effect - was always going to be hard to beat and so there is a decline in the overall sales figure of 2%, but this year’s figures show the sector back on trend and enjoying steady growth."  The picture the PA presents of publishing is of an industry that has successfully monetised the digital products and services it has created to date and worked out how to sell them to its core markets. The lasting question is whether the shift to digital is delivering growth to the industry or just enabling it to stand still. One important caveat to note when looking at this data is that while it is very wide-ranging, drawn from information from over 270 publishers it doesn't represent the whole book market. As yet the PA does not count the contribution that self-published titles make to book sales, probably because this much more atomised market is far more difficult to track than traditional publishing. According to a Books and Consumers report issued by Bowker last year, self-published books accounted for 12% of all book sales, though it's unclear whether this alludes to 12% of unit sales or revenue. There aren't currently any reliable estimates for the size of the self-published market in the UK, but Bowker's overview of the industry in the US puts the number of 'indie published' titles close to the 400,000 mark. With this in mind it's difficult to say whether the decline in overall revenue to publishers is due to readers buying more self-published titles and thus fewer traditionally published books, or this is a sign that the book market as a whole is getting smaller each year as consumers give up on reading in favour of playing games, watching TV or just hanging about online. The enthusiasm with which traditional publishers are now snapping up promising self-published writers suggests the former. However, even if self-publishing is keeping the levels of book reading stable or driving a small amount of growth, it still leaves the wider industry with the bigger problem of how to compete with entertainment categories that are growing more quickly while it is contracting. According to IBISWorld’s Global Book Publishing report, the industry still accounts for $108 billion in revenue each year (a five year decline of 2.8%), but if Gartner's projections about the growth of the games industry are to be believed, it will exceed publishing in terms of size by 2015, with industry-wide revenues topping $111 billion. There is of course a greater irony behind the narrative that books are an entertainment  and reference category of declining importance in an online world. Even though fewer people are reading books for profit and pleasure, reading itself has never been more important, as the switch to communicating via computers, tablets and smartphones via apps and online services puts a greater primacy on literate users. This is a threat to publishers who are determined to stick to their old business models of producing books in physical and digital forms. But it's also an opportunity to publishers who see potential value in creating reading experiences that aren't books - or at least books as we know them. How the industry addresses the challenge of declining gracefully or shocking itself out of the zero sum game of modern publishing is a question of individual publishers' point of view. Indeed, this month we saw prominent developer Baldur Bjarnason give an elegantly worded warning to the Publishers' Forum that the industry risks becoming increasingly irrelevant to the needs and wants of consumers. Head of Hachette Digital George Walkley, also tweeted that the novel as a form was losing ground in the wider public consciousness as the form best able to tell compelling long-form stories to television

"People discuss TV the way they once discussed novels... Our long form attention span is shifting to a new medium" http://t.co/5Lja0R3V8d — George Walkley (@walkley) May 11, 2014

Meanwhile The Bookseller called for publishers and developers to work together to challenge the industry's "terrible reputation for digital inertia" by participating in the UK's first hackday for publishers, The FutureBook Hack. It seems that all quarters of the industry are agreed that eBooks have helped publishing to maintain itself, but something extra and new will be required before it can enter real growth again.