Publishers’ commitment to online communities set to double by 2015 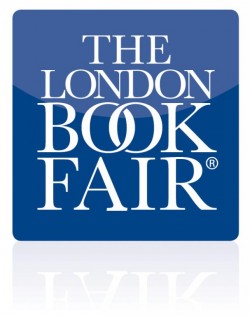 For some years we’ve been observing an upward trend in trade and academic publishers’ use of online communities as methods of marketing and selling their content to consumers. On both sides of the Atlantic this trend seemed to have been driven by two major forces. On one hand the growing power and penetration of social media now makes it possible for communities to coalesce around content even when the individuals who make up that community are thousands of miles apart. And on the other a steady decline in the number of physical outlets and opportunities for marketing books in the ‘real world’ means that publishers now have to work ever harder to give their content an online presence. Perhaps the most significant advantage of online communities to publishers is that they’re a potential fount of customer knowledge and intelligence. And provided a publisher can apply the right analytics to this data, then at last the world of publishing can get access to some hard metrics on the effectiveness of their sales and marketing activities. What was missing from this picture, however, were some hard facts as to the real uptake of online communities among trade and academic publishers. How far had they really penetrated into the publishing sector, and how did publishers really view them? Were they an exercise in gathering data, or a sales channel of burgeoning importance in their own right? With this in mind we commissioned Bowker Market Research (BMR) to conduct a study into publishers’ use of online communities. This research was unveiled at an event at The London Book Fair. It revealed that publishers on both sides of the Atlantic had bought wholeheartedly into online communities, with their number expected to double by 2015. Overall two thirds of trade and academic publishers surveyed by BMR already hosted online communities today, with that number expected to rise to over 90% in the next two years. A quarter expect to have seven or more networks up and running by 2015, with many respondents predicting a huge growth in the number of online communities for their company, from a current average of 2.1, to more than five over the next two years. The survey revealed that trade publishers are currently most engaged in this area with 86% of respondents owning an online community in some shape or form. The study also investigated the rationale and perceived benefits for publishers moving into this arena, revealing that:

Although currently only 16% of all respondents viewed online communities as viable direct sales channels, the formats that have benefited most from online community activity are e-books for trade publishers (40%) and online resources for academic publishers (67%).

Importance of Online Communities to Publishers - Bowker Research from Ingenta
Commenting on the study Jo Henry, who conducted the research for BMR said: “There is a really significant amount of activity going on in this area as publishers seek new ways in which to engage directly with their consumers.  It is interesting to note that in this survey US publishers were not significantly more advanced than UK ones – but that trade publishers appear to be leading the way in developing online communities.” Overall, the results of this study tell us that online communities are far more than a channel for selling books or journals. They send a clear message that both trade and academic publishers want to use these platforms to establish closer relationships with their core readers, be it to communicate with them directly or to better understand their needs. Publishers use of online communities are still in their infancy, as shown by the rapid growth anticipated by most publishers, but the potential they provide for publishers is tantalising. They provide a way of striking up a direct rapport with their customers and, at a time when publishing business models are evolving to become more consumer-focused. They also provide publishers with the new holy grail of the digital consumption and that is customer metrics – real data about their core subscribers or readers. It comes as no surprise that publishers are ramping up investment in this area. This is the first major research that has been carried out in this field and the results are significant; they prove that publishers have moved far beyond the testing, experimental phase and now consider online communities to be a powerful tool that is an integral part of their marketing mix.