The Five Ed-Tech Accelerators that could change Education Publishing Forever 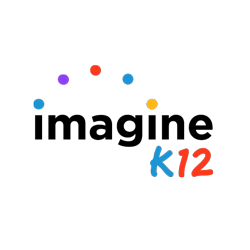 Anyone who pays attention to the start-up economy will know the important role that incubators or accelerators play in turning smart ideas into viable companies. Some, such as the TechCity initiative in London are a key part of governments’ strategies to encourage entrpreneurship. Others, like the now legendary YCombinator accelerator in California are funded by venture capitalists eager to get an early stake in a company that might become the next Facebook or Google. Publishers have also realised that taking a leaf out of the accelerators’ book can be a relatively affordable and effective way of driving innovation. By setting up their own accelerators, or behaving like venture capitalists and investing in promising-looking companies they can use start-ups as test-beds for innovation ideas, products and practices which they can later acquire. More recently we’ve seen a flurry of accelerators come to prominence that focus specifically on educational technology, which is an interesting if not unexpected development. As we explored in our Top Five Trends for Publishing in 2013, digital textbooks are very much this year’s hot topic, as the software required to deliver them and hardware on which to use them finally becomes sufficiently sophisticated and affordable. What’s more, in an economic environment where spending power is increasingly migrating south and east to learning rather than leisure oriented economies, education content is becoming more valuable. In this blog post we’ll be taking a closer look at five Education Technology accelerators that are active in the market at the moment. Some approach the task of nurturing start-ups from a ‘traditional’ accelerator stand-point; others are more driven by the needs of individual companies. What they all have in common, however, is a belief that ed-tech is the centre of the next big technology boom. 1. Macmillan New Ventures We blogged about Macmillan’s New Ventures initiative ideas in detail last month, but this venture capital-style fund has made a few interesting investments in Brazil. Latin America has so far escaped the worst of the global economic downturn, and education spending across the continent (and in Brazil in particular) has risen as a share of GDP, suggesting that both individuals and their governments are willing to invest in educational content. 2. Pearson Catalyst With Catalyst, Pearson has gone one step further than Macmillan and created a formal incubator program targeting “dynamic, technology-centric, startup teams” operating in the education sector. The incubator program, which only recently started taking applications for its first round,  will incubate and accelerate up to ten teams of founders for at least three-months starting in mid-April. Start-ups will work and be based out of their existing offices, but with the potential to meet at Pearson, and receive up to $10k in seed capital. Before Pearson Catalyst announces the shortlisted start-ups it is difficult to tell whether it will have any specific strategic focus, but the fact that it’s taking such a systematic approach to investing in this space suggests its intentions are serious. 3. LearnLaunchX This Boston-based accelerator was also launched earlier this year and applications to be part of its first ‘class’ will close at the end of March. The education technology start-ups selected will participate in a three-month intensive program which promises a familiar mix of seed-funding ($18,000), mentoring and networking. What makes LearnLaunchX particularly interesting, however, is that its creators have earmarked educational technology innovation as a key means of bringing down the cost of higher education in the US, as well as improving student learning and engagement. 4. Socratic Labs A New York-based accelerator, Socratic Labs is also about to close applications for its inaugaral class. Offering slightly more in terms of seed capital than LearnLaunchX or Pearson Catalyst ($25,000) Socractic Labs is also notable for its commitment to ‘open source’ its curriculum, sharing the ‘secret sauce’ that enables it to develop successful start-ups with other programs launching elsewhere around the world. 5. Imagine K12 Acknowledged by many in the sector as the elder statesman of ed-tech start-up incubators, Imagine K12 has already completed several accelerator rounds and boasts an impressive track record in which 70% of the companies passing through its doors have successfully secured funding. This success has also trickled through into the ‘real world’ where, according to last year’s estimates 4 million students make use of products and services incubated by the accelerator. Last year, the ifluential tech-blog TechCrunch wrote this great post breaking down Imagine K12′s activities and rounding up its most prominent graduates, which is worth checking out.