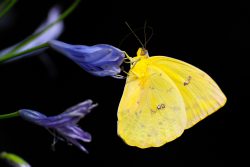 A couple of weeks ago, in Boston, we gathered with others from the scholarly community to share and learn about the latest in the world of scholarly publishing. We thought we’d share our top take-aways.

Some topics are hard to Trump

The conference kicked off with an interesting keynote from , entitled “Science and the Trump administration: What’s Next”

Jeffrey is a senior correspondent for Science Magazine where he reports on science policy in the United States and around the world to explain to scientists how government works.

He observed that whilst it could be said that the feeling in the scholarly community elicited by the Trump administration is one of concern, much of this feeling is based on the soundbites that the media circulate, rather than what is actually happening. There are still checks and balances in the US budgeting process which protect large elements of federal research funding.

That said, there are also key learning points in terms of how research is communicated. In talking about Trump and his position on climate change, Jeffrey challenged the scientific community on their approach and messaging. He suggested that the way scientific research is communicated could often be more personal; factoring in the reasons why individuals find some truths hard to accept. He concluded with the suggestion that It’s not about proving what is objectively true, it’s ultimately about the world using and building on the research done, which leads us on to…

There were a number of discussions related to the measurement of impact. Chasing the wrong metric is a sin that many of us are guilty of – and it’s especially easy to do with digital content. The argument is that science should be measured by how much it’s actually used, and not how much its cited (which is the most common way of measuring impact). Application and reproducibility is the key metric.

Ingenta’s Fiona Carr ran a session which specifically examined Open Access and whether success measures should be the same for OA verses traditional content, and how this relates to ‘value for money’ in the OA world. Indeed, value for money is a key consideration, especially relating to…

Innovation comes in many different forms and it impacts technology, techniques and models. PCG’s Melissanne Scheld was involved in two panel sessions looking specifically at innovation and new business models for ebooks in scholarly publishing. At a pre-conference workshop on ebook innovations, industry experts reviewed advances made by publishers and service providers including Aries, Knowledge Unlatched, ORCiD, Overleaf and Publons. For many publishers, ebook sales have been stuck in neutral so it was refreshing to see what new support services there are for pre-and post-publication to help support the growth and profitability of this market segment. Alex Humphreys from Ithaka led the group through several dynamic group activities to get attendees thinking collaboratively about next steps for ebooks.

On the following day, Melissanne moderated an eye-opening conversation among publishers, a metadata vendor specializing in discoverability and a H/SS researcher to better understand what’s working and what isn’t for ebooks in academia. Dr. Katherine Stebbins McCaffrey from Harvard University provoked the publishers by saying “eBooks are like butterflies that have forgotten their caterpillar days”. She went on to explain that as a researcher she finds that ebooks are not quite at home in their environment. Despite their claim to create a highly-linked universe, Dr. Stebbins McCaffrey feels ebooks create limited possibilities. The publishers and metadata vendor where then left to in part agree and disagree with a front-line end user as well as share insights as to what publishers are doing about the perceived limits of ebooks. In a word: Collaboration. With authors, vendors, libraries – publishers need to leverage partnerships to order to compete.

On the technology side, one particular talk at the quickfire innovators session stood out to us. Code Ocean is a service which enables researchers to upload the original code published in academic journals and conferences to a cloud based service with no need for infrastructure, OS, DBs etc. Other researchers can then use that code and apply it in their own work to reproduce the results and further the work, without major tech struggle. This vastly increases the impact of researchers work.