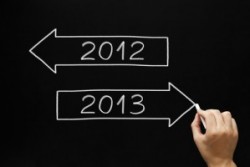 This month two sets of book sales data were released on either side of the Atlantic that highlight seemingly challenging times for the publishing industry. After a year of stellar growth of 117% for ebooks in 2011, the Association of American Publishers (AAP) reported that growth in ebook sales had slowed to only 42% last year. Meanwhile in the UK print sales dipped to an 11 year low, with Nielsen BookScan reporting a year-on-year fall of 12.1% for the seven days leading up to 20 April. While it would not be entirely helpful to compare the apples of US ebook sales with the oranges of UK print book sales these statistics can lead a discussion as to what deeper factors are changing the book market:- Bigger Overall Markets = Slower growth Industry doomwatchers have already heralded the slowdown in ebook sales in the US as a signal that the years of growth are drawing quickly to a halt. Yet the slowing pace of growth is much more likely to be a function of ereading becoming a mass-market activity. The enormous growth figures of 2010 and 2011 are both arguably attributable to ebook sales growing quickly from a small base, as advances in technology made it easier to read books by smartphones and tablets as well as dedicated e-readers. As ebooks now account for more than 20% of overall book sales in the US, however, we will naturally see the rate of ebook sales growth slow. Self-publishing is a substantial but under-reported part of the book market The AAP’s figures are based on data provided by 1,193 of its members, the majority of which are conventional book publishers. What its figures do not include therefore is a picture of how self-publishing is impacting the book market. This could mean that the AAP is missing a substantial amount of ebook sales as, according to recent estimates self-published works account for 25% of sales on the Barnes and Noble Nook platform. If these figures are anyway near the same for Kobo and Kindle, both of which have directed substantial investment into their own self-publishing programmes, then it’s possible that the ebook market is an iceberg – much bigger than it appears on the surface. Print and electronic discounts are separate, not equal In recent years the majority of scrutiny on price promotions in publishing has been focused on ereading, with Sony’s controversial decision to discount selected ebooks to 20p in its UK store grabbing significant attention. Nielsen Bookscan’s data for the UK, however, highlights the role that steep discounting continues to play in driving volume sales in the print sector, singling out a £2.95 offer on Marian Keyes’ The Mystery of Mercy Close in British supermarket Tesco  as the principal reason behind the book shifting 20,000 copies. The interesting contrast that this draws between the electronic and print book market is that with physical book sales it is still possible to ringfence a retailer-exclusive price promotion. Were the same promotion to be applied to the ebook version of the same title we would have seen the same price replicated across multiple platforms, as we saw when Kindle and iBooks rushed to match Sony’s 20p discounts last year.