What we learned by asking 3,000 people if they read books on their phones 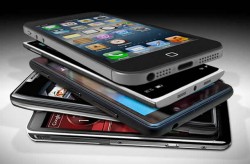 While the publishing industry continues to debate the relative merits of print books versus eBooks a far bigger shift in the way we find and consume information is taking place under our noses. The digital revolution in publishing is often dated back to November 2007, when Amazon launched the first Kindle e-reader. Yet earlier that year, another technology company released a product that has had a far more disruptive effect on the world than the e-reader. It was Apple, and that device was the first iPhone. Seven years on from that launch and the creative destruction of the smartphone has created whole new industries while destroying others. The market for ‘smart connected devices’ (as smartphones used to be called before the iPhone) has grown from 53 million in 2006 to a projected 2.4 billion in 2015. To put this in context, recent estimates suggest that over the same period, Amazon has sold just over 20 million Kindle devices. The scale of the mobile opportunity dwarfs the accomplishments of e-readers, which is possibly why Amazon has since entered the phone and tablet business too. This year we decided to take a closer look at how the mobile revolution had affected our reading habits, and what publishers could learn from those changes. We commissioned research covering 3,000 consumers in the US and the UK. We also decided to focus on reading on mobile phones only. This is because while reading on devices like e-readers and tablets is interesting, the markets for both of those devices are much smaller and lower-growth than in mobile phones. Our Mobile reading research yielded some surprising results, which we’ll be sharing with you on this blog over the coming week. Every day this week we'll be exploring a different aspect of what this research tells us about how people are consuming books at the moment on their phones and what can be done to encourage more people to acquire the mobile reading habit.